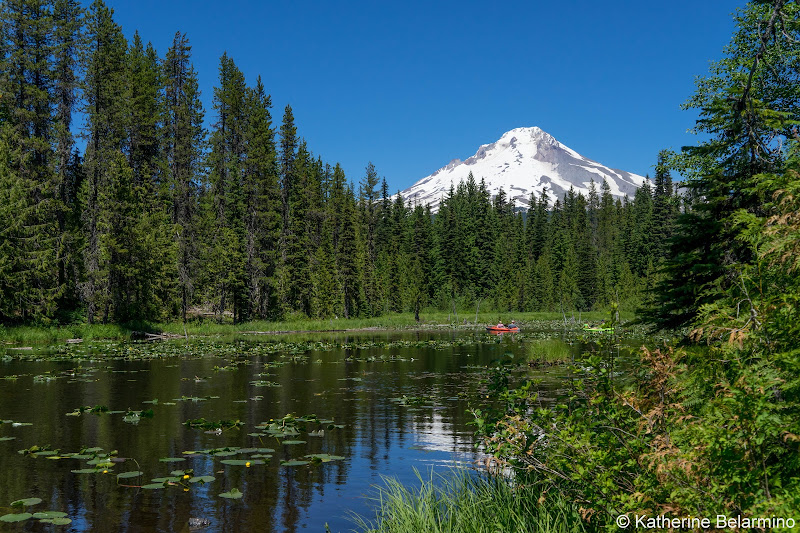 We spent the Fourth of July weekend in Oregon’s Mt. Hood Territory for some well-deserved communing with nature.  While only a half-hour’s drive away from the city of Portland, The Territory feels a world away with its small towns and a wide range of outdoor activities.  For our four-day visit to Mt. Hood Territory, we hiked, kayaked, and checked out fun and interesting things to do in Oregon City. 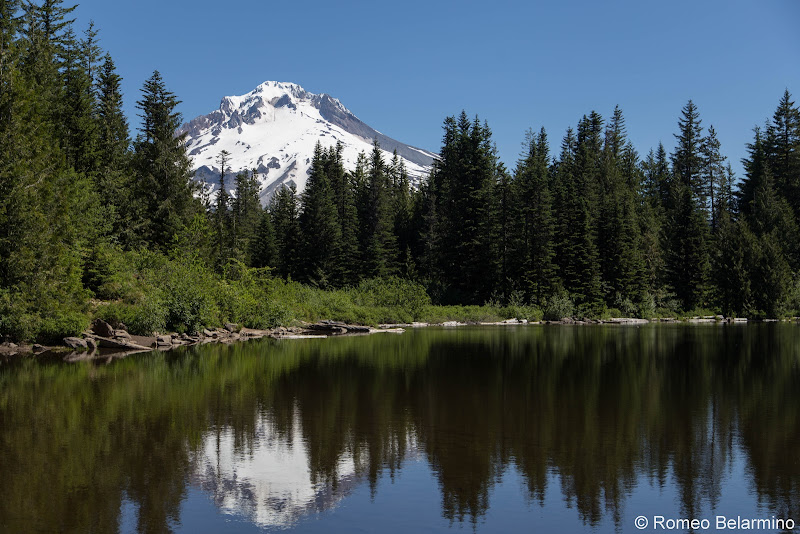 The main reason for our trip was to spend some quality time outdoors.  In Oregon’s Mt. Hood Territory there are plenty of hikes from which to choose.  Most of them can be found in Mt. Hood National Forest.  There are short hikes, long hikes, easy hikes, and difficult hikes.  We chose a mix of hikes that took us to lakes with views of Mt. Hood, a remaining section of the Oregon Trail, and a waterfall.  Another great place for hiking in The Territory is the Molalla River Recreation Corridor.  The Molalla River Trails System is a collection of 20 miles of trails through forests and fern groves. 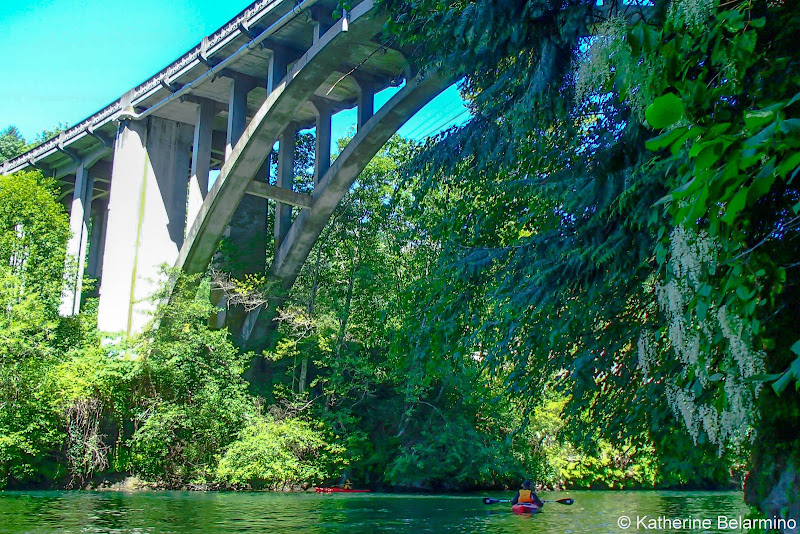 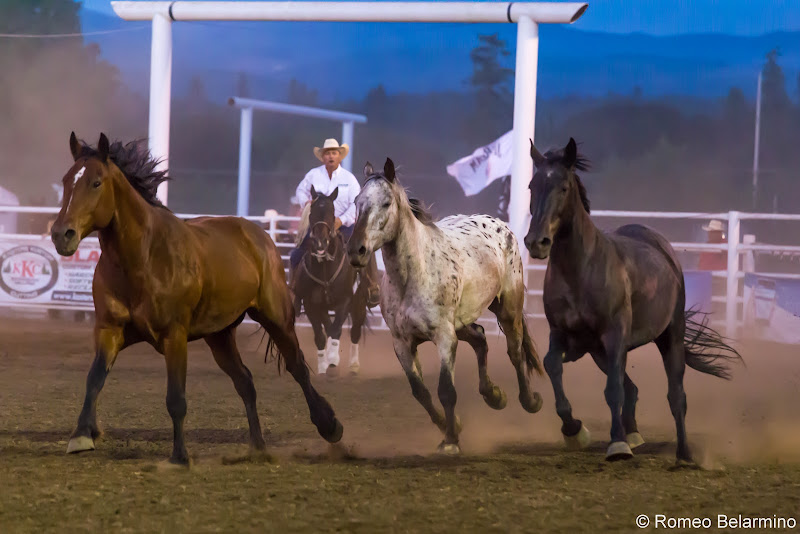 Oregon’s Mt. Hood Territory has festivals and activities year-round.  During our weekend in Oregon City, we participated in two fun and very different events. 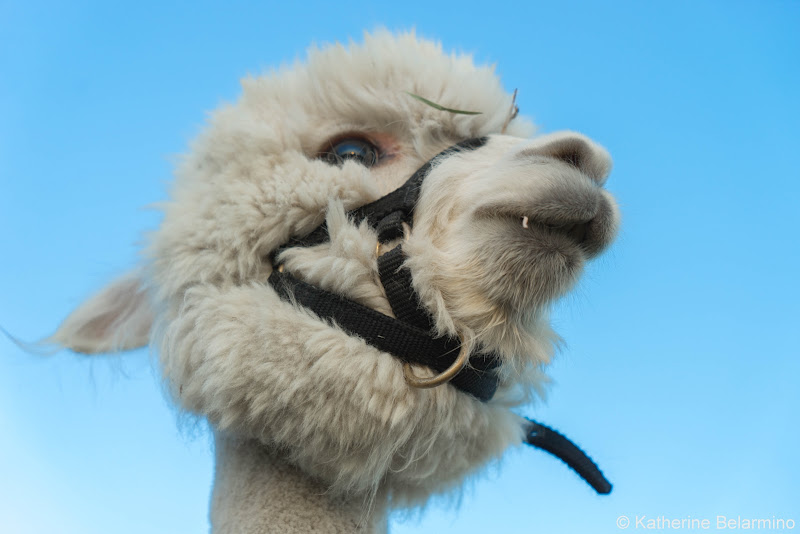 One event that happens throughout the year is Field & Vine’s Dinner in the Field series.  Each multi-course meal is served at a different place each time in Oregon’s wine and farm country.  Ours was held in a field surrounded by alpacas at Alpacas at Marquam Hill Ranch. 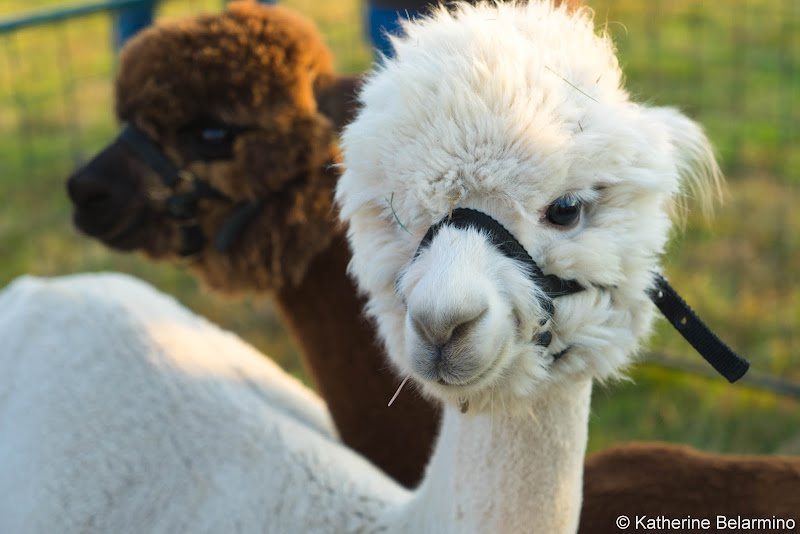 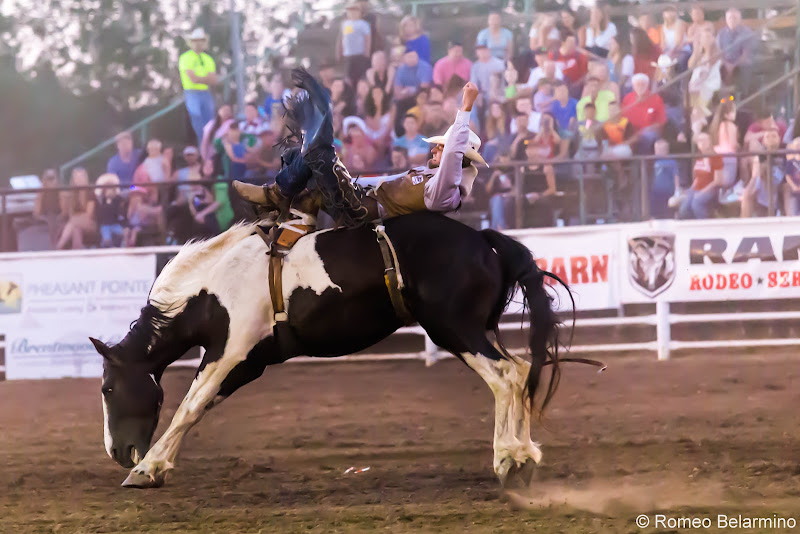 Another special event we attended on our long weekend in Mt. Hood Territory was the Molalla Buckeroo PRCA Rodeo.  I’ve always wanted to go to a rodeo and I was excited that my first rodeo would be such a historic one.  Rodeo events have been happening here since 1913, and the operation became official in 1925. 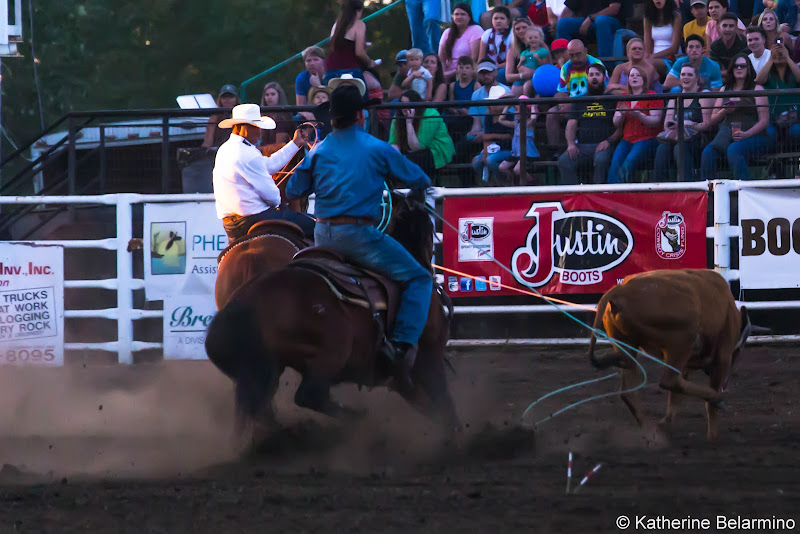 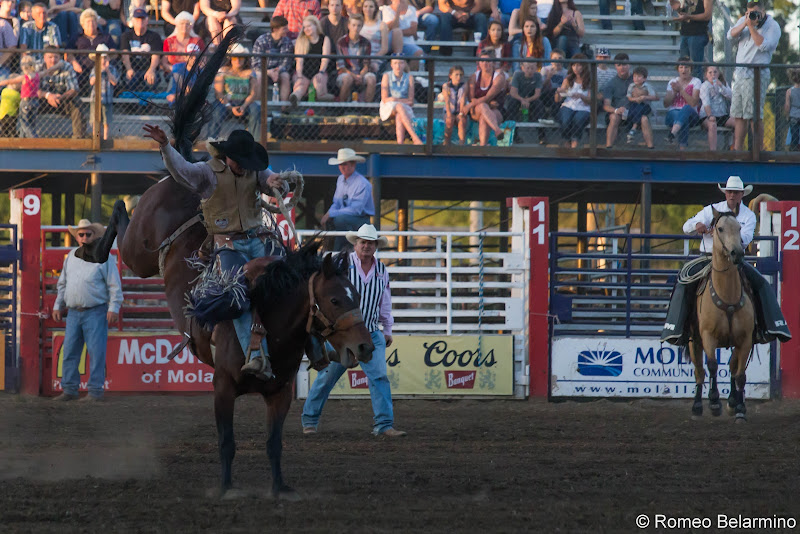 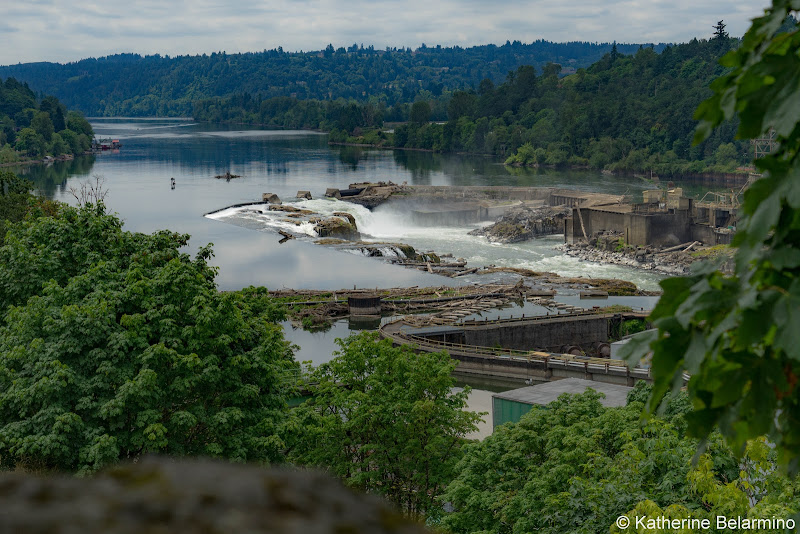 For a nice walk and views of Willamette Falls and the old abandoned mills along the river, follow the McLoughlin Promenade.  The McLoughlin Promenade was first constructed in 1938 as part of the Works Progress Administration project created by President Roosevelt in order to provide employment to unemployed Americans.  (Mt. Hood’s Timberline Lodge was also built as part of that project.)  However, the land for the promenade was first donated to be used as a promenade in 1851 by Dr. John McLoughlin. 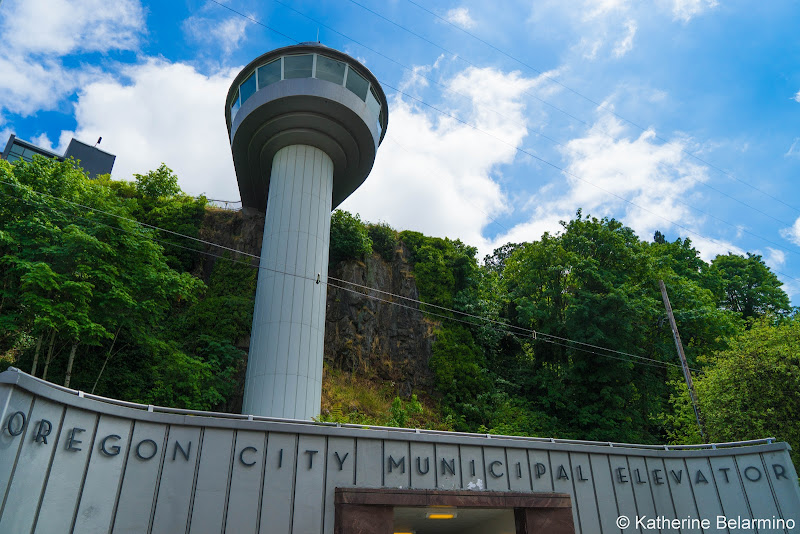 The Oregon City Municipal Elevator is a 130-foot elevator that connects the upper McLoughlin neighborhood and promenade to the lower downtown Oregon City, making it the only “vertical street” in North America.  This is the second elevator in this spot as the first was built in 1915 and was water-powered.  The current elevator was completed in 1955 and has been added to the National Register of Historic Places.  The Oregon City Municipal Elevator is one of only four municipal elevators in the world. 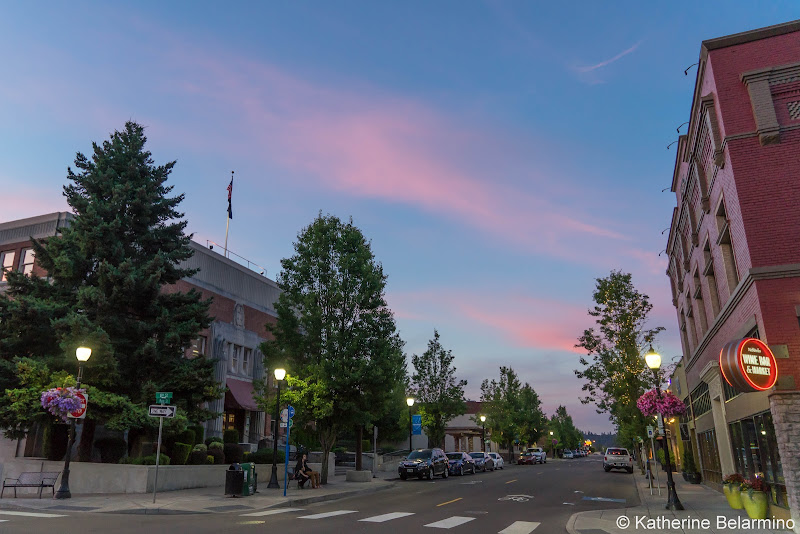 While in the heart of Oregon City, Main Street offers a nice little stroll.  There are a number of restaurants, boutique stores, and craft beer and wine tasting shops. 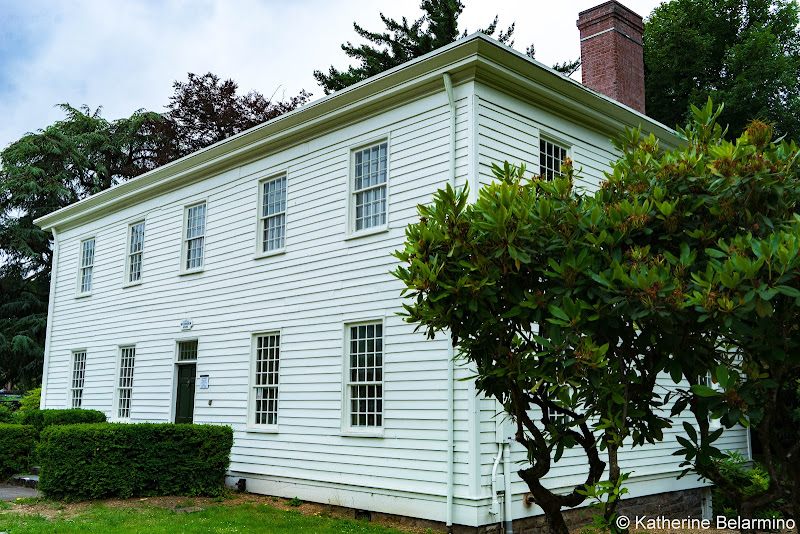 Oregon City is Oregon’s first city.  It was established in 1829 by Dr. John McLoughlin.  Dr. John McLoughlin was originally a medical doctor from Canada.  He moved to Fort William to practice as a physician, but became a prominent fur trader and later became known as the Father of Oregon.  Oregon City is the end of the Oregon Trail and Dr. McLoughlin helped travelers along the Oregon Trail navigate the river and gave them food if they had no money.
Today visitors to Oregon City can visit the McLoughlin House as well as graves of the Father of Oregon and his wife Marguerite.  Neither the house nor the graves are original to the site, but were moved in order to be preserved.  The house used to be on the Willamette River but was moved up the hill in 1909 on rollers with one horse and a circular pulley system.
The house was opened as a museum in 1910.  The house features a number of the McLoughlin’s furnishings and photos, including things like a horsehair couch and the oldest item in the house, a quilt from the 1700s.
Next door to the McLouglin House is the Barclay House, which was owned by Dr. Forbes Barclay, physician, mayor of Oregon City, superintendent of schools, and coroner, and his wife Maria Pambrun Barclay.  The house is now used as offices for the National Park Service and is where tours of the McLoughlin House begin. 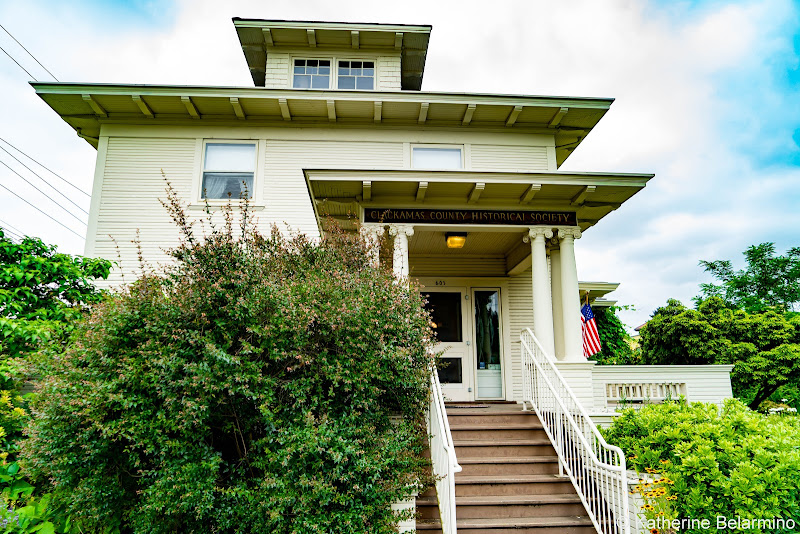 Just a couple blocks away from the McLoughlin house is the Stevens-Crawford House, one of only a few historic homes in Oregon City that have never been moved.  The Stevens-Crawford House was built in 1908 by Medorem Crawford and his wife Mary-Elisabeth.  Medorem was a wagon master, guiding pioneers along the Oregon Trail.  He was also a friend of Abraham Lincoln and later one of his pallbearers. 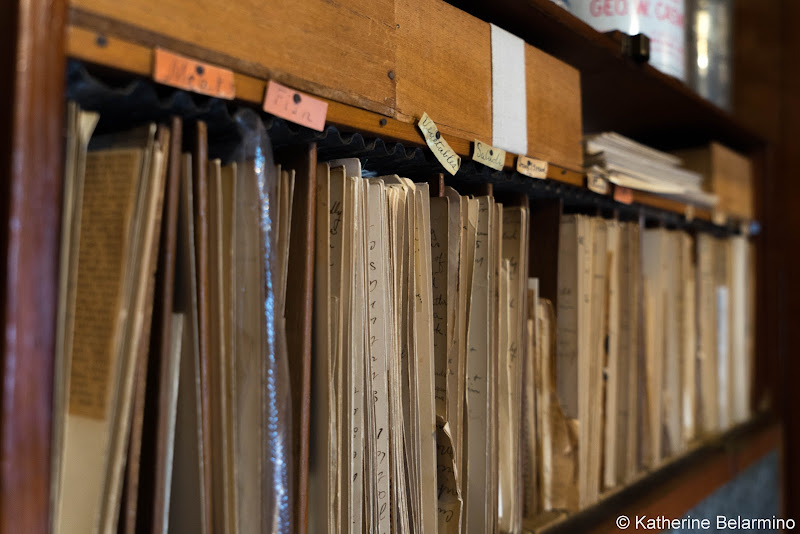 Much of the house has been restored to its original condition and can be visited on a guided tour. 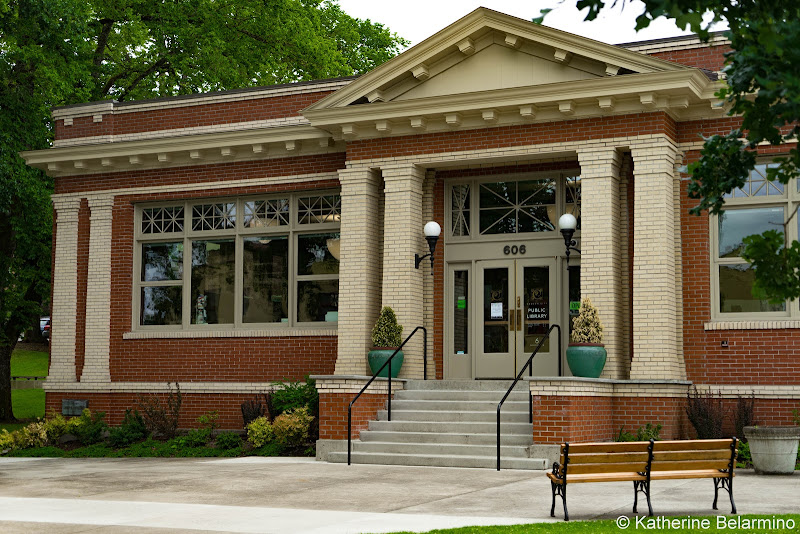 A number of these things to do in Oregon City can be found along the Willamette Falls Heritage Trail.  Oregon’s Mt. Hood Territory launched a downloadable app which shares stories about the region’s history through a self-guided tour of 30 heritage and cultural sites in Oregon City, West Linn, and Lake Oswego. 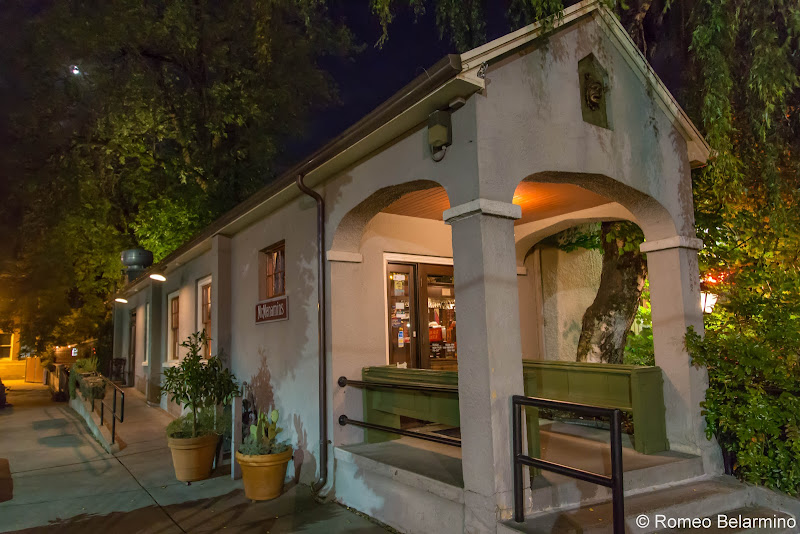 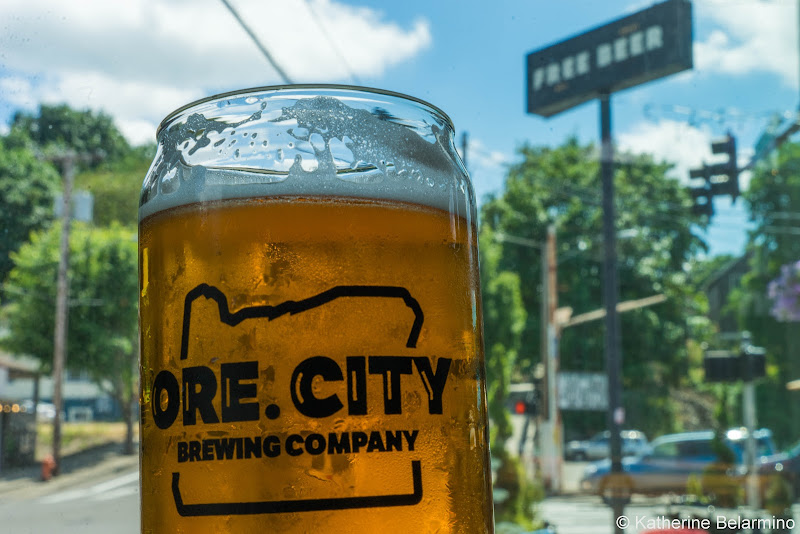 Another one of Oregon’s craft breweries in Oregon City is Oregon City Brewing Co.  Their logo is pioneering beer for the pioneer city.  The brewery is family-owned, started by Bryce Marrow along with his father and father-in-law.  The brewery serves not only its own beers, but also beers and ciders from other breweries.   We tried the Elevator Ale, the brewery’s flagship IPA, and the Creamy & Dreamy pale stout, a deliciously smoky stout best first tasted with the eyes closed as the pale color makes one forget they’re drinking a stout.
Connected to Oregon City Brewing Co. is OP Wurst, allowing craft beer drinkers to accompany their brew with a top-of-the-line frankfurter.  Olympia Provisions started Frankfurter Friday in 2012 and it became so popular they opened OP Wurst, specializing in craft hot dogs.

Across the street from Oregon City Brewing Co. is Tony’s Fish Market, a family-owned market that’s been around since 1936.  Rome had a hankering for some oysters and I was curious about the smoked salmon candy, which turned out to be something like beef jerky made with smoked salmon. 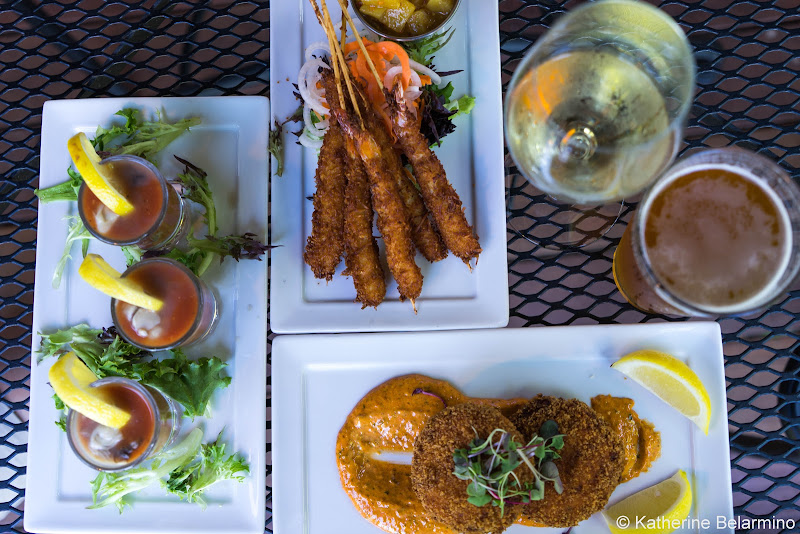 Stone Cliff Inn is a restaurant made of logs looking out over the Clackamas River.  The restaurant is known for its recipes prepared from scratch.  Stone Cliff Inn is also known for its appearances in the Twilight movie.  We made a meal of appetizers after our kayak tour.  Rome, as always, was crazy for the oyster shooters.  I was impressed by the unique flavors of the smoked salmon cakes.  The salmon is smoked on site. 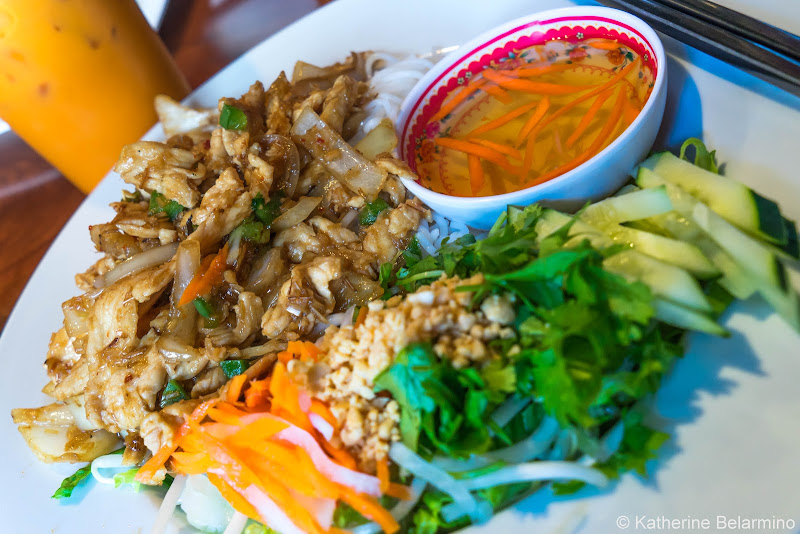 It was hard to find a restaurant open on the Monday before the Fourth of July in Oregon City.  We passed Pho Thi and Rome was ready to go in, but I was a little suspicious of a Vietnamese restaurant on Main Street of Oregon City.  But I checked for reviews on my phone and found they were good, so in we went.  Pho Thi turned out to be a delicious choice serving Vietnamese food like pho and bun cha that brought us back to our time in Vietnam. 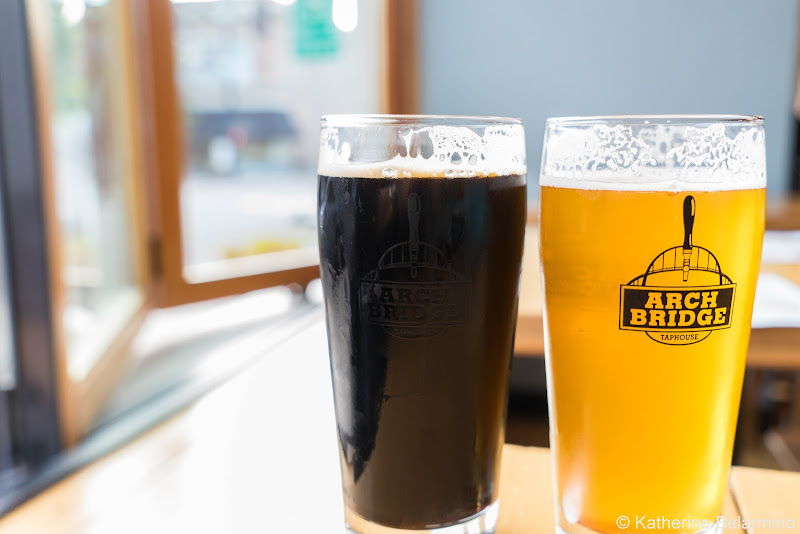 Just around the corner from Pho Thi in downtown Oregon City is Arch Bridge Tap House, named after the arch bridge just down the street.  Arch Bridge Tap House is a great place to relax, possibly in a window seat, and enjoy a craft beer.  There are even games if you’re looking for a little more excitement. 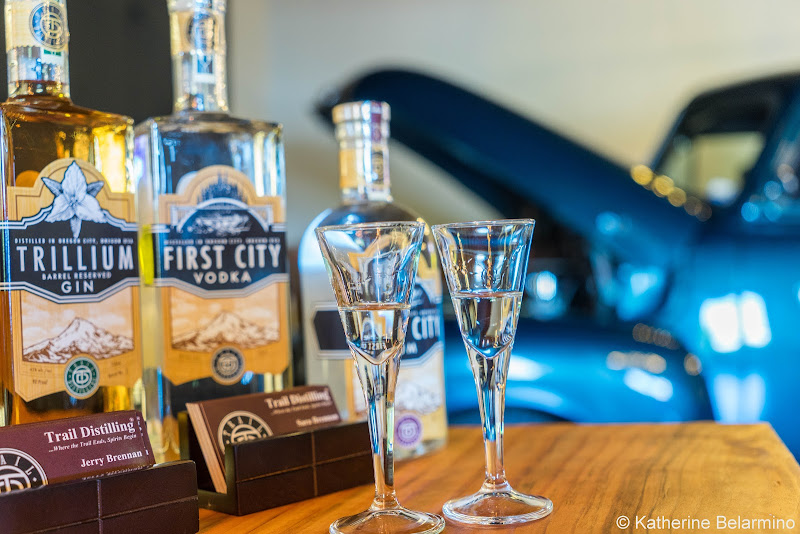 Trail Distilling is the First City’s first distillery since Prohibition.  It is a family-owned operation by a couple who wanted to get into the alcohol business, but didn’t want to open a bar because they like to go to bed early.  Trail Distilling makes rum, vodka, and gin, and will soon be making rye whiskey with rye from a family farm.  We visited the distillery because I love a good craft gin and Trail Distilling’s Trillium Gin did not disappoint with its fourteen botanicals, especially the barrel-aged gin. 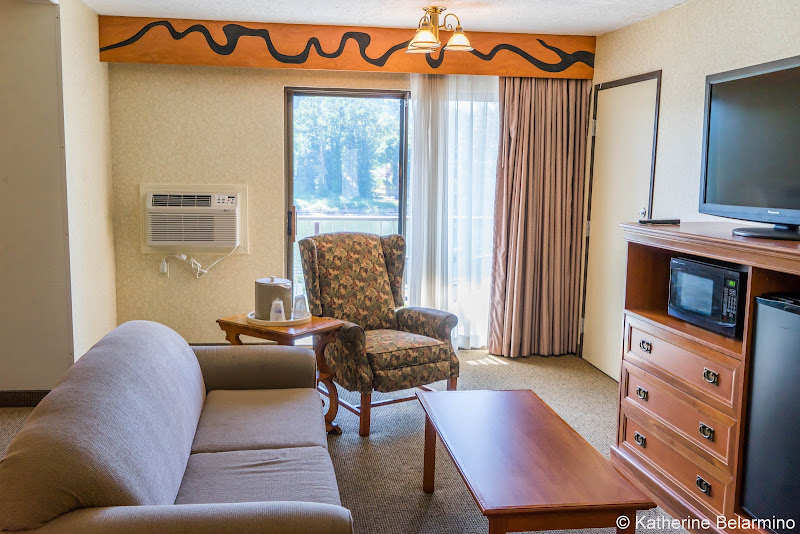 For our long weekend in Oregon’s Mt. Hood Territory we stayed at the Best Western Plus Rivershore Hotel.  Most rooms have a balcony and river view.  Our room was one of the larger rooms with a king bed and living room area with couch, chair, and business desk.  The hotel has a pool, hot tub, and restaurant, the Rivershore Bar & Grill. 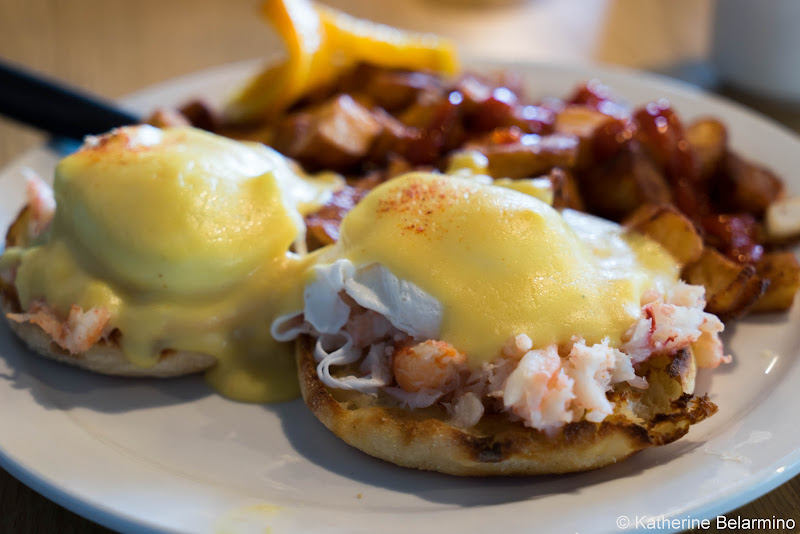 We ate breakfast each morning at the Rivershore Bar & Grill to fuel up for our hikes each day, and each morning the restaurant was full.  It’s clearly a popular spot with the locals because there was even a bridal shower held on the deck. 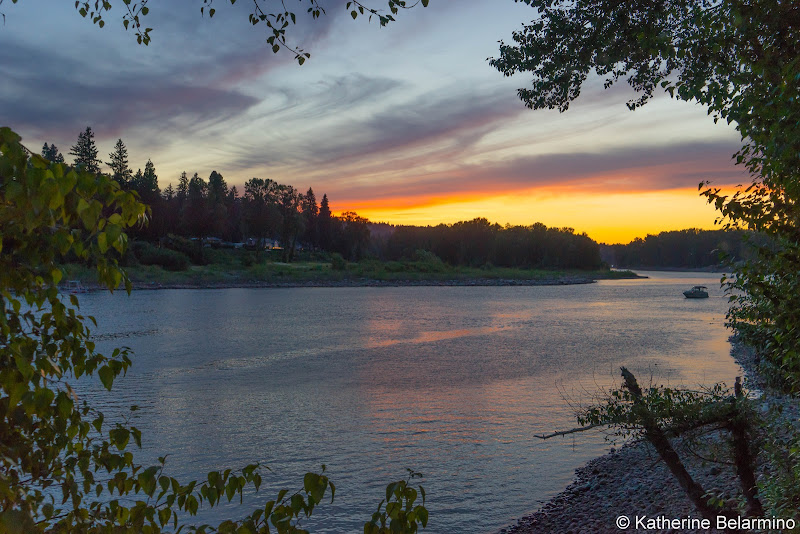 Just across the street from the hotel is Clackamette Park which provides a walking trail along the river.
Sometimes when we tell people we are going on small trips like this to some random place in the US, they’re surprised because it isn’t exotic.  But every time we are reminded that little trips like this are so much fun.  Oregon is such a beautiful state with good food, good beer, good wine, good spirits, good hikes, and some of the best scenery.  A vacation doesn’t have to be exotic, far away, or expensive to be great.  We can see ourselves traveling to this part of Oregon again.

Thank you to Oregon’s Mt. Hood Territory for hosting our long weekend in Oregon City and The Territory and making this post possible.  As always, all opinions are our own. 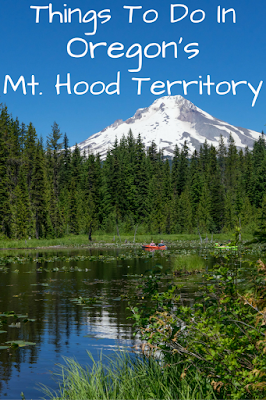